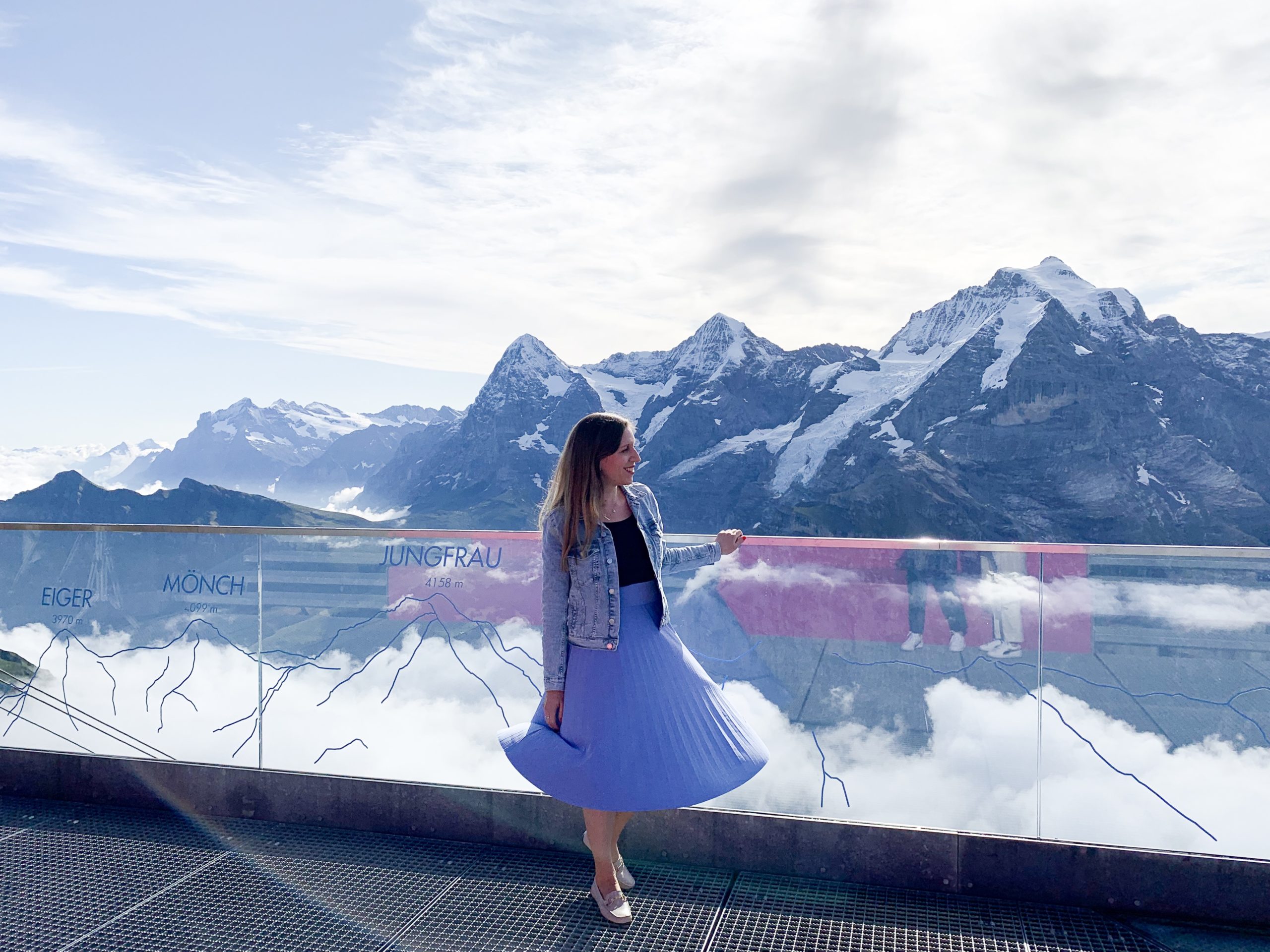 It’s just under one year to go, and we are very excited and ready for our most thought-provoking and business-driven MICE conference, which will take place next year from 27–30 August in Bern, Switzerland. A couple of weeks ago, our founder Irina Graf was interviewed on Valerie Wagner’s podcast—Hotel O Motion—about the journey of designing this event from when it all began in 2014 as a weekly Twitter chat and will next year take place as a multi-day international conference. You can listen to the full podcast on the Hotel O Motion website and major podcast platforms, with a summary of this interview being available in this blog article.

The discussion began with a short introduction regarding how Irina initiated The MICE Blog, which is a corporate event planning blog dedicated to those working in the MICE sector and who wish to stay on top of industry news, learn about new destinations, venues and the latest trends. Irina stated, ‘I began the blog in 2011 as a hobby while doing an internship at an event agency in Munich. Not long after that, I moved to London to undertake a 3.5 year BA in international events management. Maintaining the blog alongside the studies allowed me to build my knowledge and network of the MICE sector in the dynamic city of London and be part of this community. Upon graduating at the end of 2014, in 2015 I turned it into a full-time business. In August 2014, I began a Twitter chat called #eventprofstalk (initially, the hashtag was #EventPlannersTalk but was shortened later to #eventprofstalk) to discuss various industry topics. From 2015, it became a weekly chat, and I slowly started building a community specifically around this Twitter chat. The online audience was invited to participate in the discussion on Twitter and answer six questions around a specific industry topic. The community grew organically as people started engaging with the topics and, most importantly with each other, to forge business relationships; I have personally got to know many of my business contacts through this channel.’

‘The online presence led to launching the first live event in February 2015 in London, and 17 events later, from 2015–2019, in 2020 we’ll host our first international event in Bern, Switzerland.’

Why did you decide to make an offline event out of an online chat?

‘When it began in 2014, as a monthly Twitter chat and later in 2015 as a weekly chat and developed to a live event in 2015, it grew organically. As the community manager, I noticed that it forged strong business relationships among my audience, and I felt that there was a need to take it to the ‘next level’—that would mean hosting an offline event. Being in the events industry myself, I understand the importance of face-to-face meetings and events. Live events are important because when you meet people face to face, you develop a level of trust that is not possible to build online to such an extent. Furthermore, you can’t cover all the topics online, so there is a ‘necessity to meet in person’.

Irina attributes the success of this concept to being based in London at that time, ‘The Twitter chat is international, attracting participants from all around the world, but a significant number of participants were from the UK and specifically from London. The event community is particularly strong in London, and while I was living there, it was easy to make an event out of it. I recognised this opportunity and decided to combine the online and offline event experience.’

What challenges did you have?

According to Irina, one challenge in particular has arisen since the beginning and that is still present today—narrowing the gap between online and offline communities, ‘I have a highly strong online community that is happy to share thoughts and opinions online openly, and the live events attract the broader event community who don’t necessarily use social media and don’t like the “spotlight”. The challenge is to get speakers who are not familiar with this concept but who have significant know-how and expertise that I want the audience to engage with. There are people who don’t like to share information, don’t like to be quoted and don’t want the online visibility, so narrowing the gap between online and offline communities is something that we’ll continue to work on.’

Why did you decide to announce the event with an over a year to go lead time to that event?

According to Irina, a lot has been going on behind the scenes before the public announcement, ‘The event was already 2.5 years in the planning, so it’s much longer than a year for me as the organiser with all what’s been going on behind the scenes before making it public. The first reason is that we know our audience particularly well, and these are busy corporate event planners who have a full agenda of their own events as well as industry events that they attend, so it was very important for us to get into their diaries. The second reason is that I see it as an opportunity having such a long lead time because we do a lot online. The discussion that we’ll have next year in August in Bern, already started now, is because we’re in the process of selecting the topics, getting in touch with the speakers and making the community part of this collaborative approach we take towards designing the educational agenda.’

The focus of this event is advanced education, ‘When the topics are discussed in Bern next year, it will be only in a 1-hour instalment, and this will be the result of all previous discussions we’ll conduct prior to that online, to fine-tune and narrow down what will be discussed at the live event. We aim to be highly specific and business focused instead of broad. All the broad and general topics can be covered on a Twitter chat, blog post or podcast. We want to focus on what you can’t do online; hence, a live event is also required. The event has already ‘started’, and our audience can engage with us and other community members every Monday on Twitter from 9–10 pm UK time. This is the online phase of the event, with the live event taking place next year, and of course, we’ll have the post-event phase where there will be extensive social media coverage to ‘keep the discussion going.’

Why is Bern the right fit for the event

This will be our first international event. So far, we have had 17 smaller events, which took place in London, Frankfurt and Berlin, and we always wanted to grow and become an international platform for event professionals for advanced learning and networking. Bern is the right fit because it’s international, multilingual and is the Swiss capital city with top infrastructure and ease of accessibility by all means of transport. At the same time, the city is small and compact, perfect for our audience size, which will remain small for this first edition. It will be highly convenient for the delegates to arrive and move around there. I have travelled to the city many times for site visits, and I can say that the delegates will have a ‘door-to-door experience’ the moment they get out of the train station in Bern—all our venues are within walking distance. You arrive, and you are in the centre of everything. It’s a city where you can walk and use your time efficiently.

What can participants expect from the topics?

Delegates can expect highly interactive and engaging discussions. I know that the delegates are very busy people, and when I go to industry events myself, I appreciated it when speakers get to the point immediately, and I don’t want to hear something that I’ve already heard elsewhere; hence, we also set a focus on innovative, business-driven and thought-provoking content. Therefore, delegates can expect a particularly high level of advanced education, from experienced industry professionals. Delegates who attend next year can expect that they will be able to take their personal and professional career to the next level thanks to the participative event format and networking opportunities they will gain at the conference.

Another aspect that we wanted to offer this time is so-called ‘bleisure’—not to fully overload the programme with many sessions and activities, but rather leave the evenings free for delegates to design their own leisure time and leave space for informal networking alongside the business as of this event. Personally, I often find that the spontaneous discussions and encounters between the sessions and social events can ultimately become the most successful ones in terms of meeting the next business partner or client.